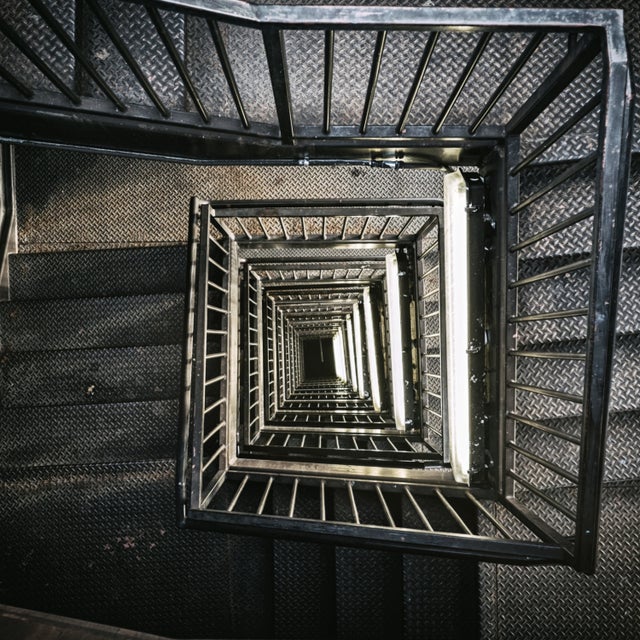 There is one building in Rīga which has stood empty ever since I first set foot in Latvia: Stūra Māja, the ‘Corner House’. Located on Freedom Street, this imposing yet beautiful 6 storey building has been a topic of debate for the Latvian people since their independence. Years after being abandoned by its previous occupants, it has remained haunted by its horrific past; its architect was shot dead by the Soviet regime, the road renamed Lenin Street, and the building taken over as the KGB headquarters, the secret police known as the ‘Cheka’. To my surprise, while visiting family in Latvia with my wife in 2014, I saw the building was temporarily opening its doors to the public for the first time. This difficult decision was made to counteract Russia’s mounting denial campaign lead by Vladimir Putin, who increasingly glorifies the Soviet Union and brazenly threatens ex-Soviet states. After much deliberation we decided we should see this temporary exhibit before the building was to be closed once again. We took a guided tour and were deeply moved by the untouched time-warp we walked into. The blood stains, bullet holes, torture techniques and anti-suicide stairwell nets made for difficult viewing. In spite of the inhumane horrors, however, the most captivating feature of the exhibition was an homage to the resistance movement. It was incredible to see how many young Latvians fought so bravely to tackle an enemy so vastly powerful that it was, in reality, futile. It was a beautiful example of human nature. It is said that when hope dies, action begins, and this remarkable movement has clearly stood the test of time. Russia recently conducted a poll of its 145 million people to determine which country they feared most in all the world. USA was number 1, and at number 2 was little Latvia, whose armed forces total 14,500, more than half of whom are volunteers in the National Guard. This is a testament to Latvia’s unshakable strength and resolve, but also an understandable source of concern for Latvians today. For anyone who would like to see the exhibit for themselves, ‘Stūra Māja’ has remained open ever since.